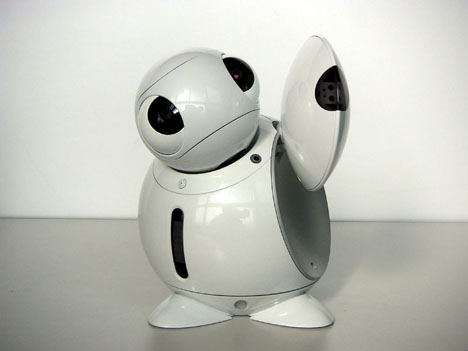 Finally, a robot that “gets” us. Researchers at Toshiba in Japan have created a talking bot that can be used as a voice-activated universal remote in addition to formulating plots about terminating humans. The 5-pound, 11-inch-tall android is called ApriPoko, and is capable of learning how to control electronics by watching you and asking questions about your behavior. When you use an infrared device, the robot senses the signal and asks the user “What did you just do?” If you say something akin to “I turned on the TV,” it will commit the command to memory, and you can operate those functions by voice. Apparently, the little guy is still in the R&D stages, but there are plans to turn this technology into a consumer device